A Book of Small Things

Artist Panayiotis Michael asked 9 writers and visual artists to send him materials they had collected, scattered pieces that appeared elsewhere independently, fragments, incomplete lines, notes, scribbles, neglected texts, social commentary or text that was written for the first time. All of that material was going to be made into a series of books. We wanted the books to be easily carried around and accessed, and maybe used for doodling or writing. In order to create a unified set of books, we decided to keep the layout clean with little to no design elements and to design a type-only layout that was different for each book. An elastic band was used to “bind” the pack of books. This was also a way of giving users the choice of selecting and carrying a single book if they wanted. Peter’s cover gives clues about the cross dialogues and conversations between the texts in the book. Papadopoulos’ choice of extreme spaces continued on the cover. For Ray, we used two fonts, one for the English part and one for the Spanish sections, along with underlined text on the cover. On Isabel’s cover, the “hard” right turn illustrates the two different texts she submitted. To give a hint of Pascalle’s text we squeezed the typography into a single line. Photo credits: Silvio Augusto Rusmigo

Official selection of the project “Book of Small Things” as part of the 28th Brno Biennial, Brno 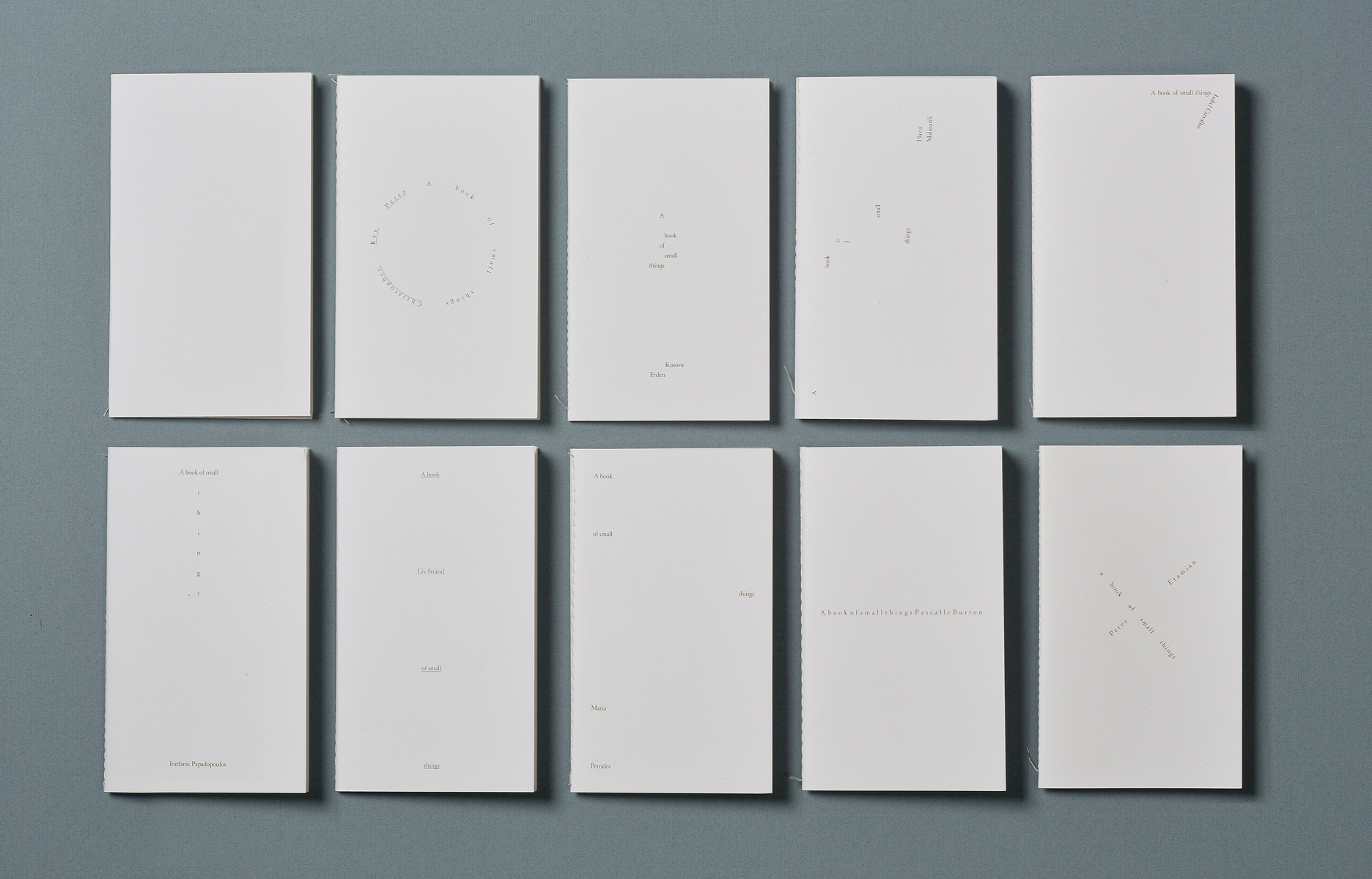 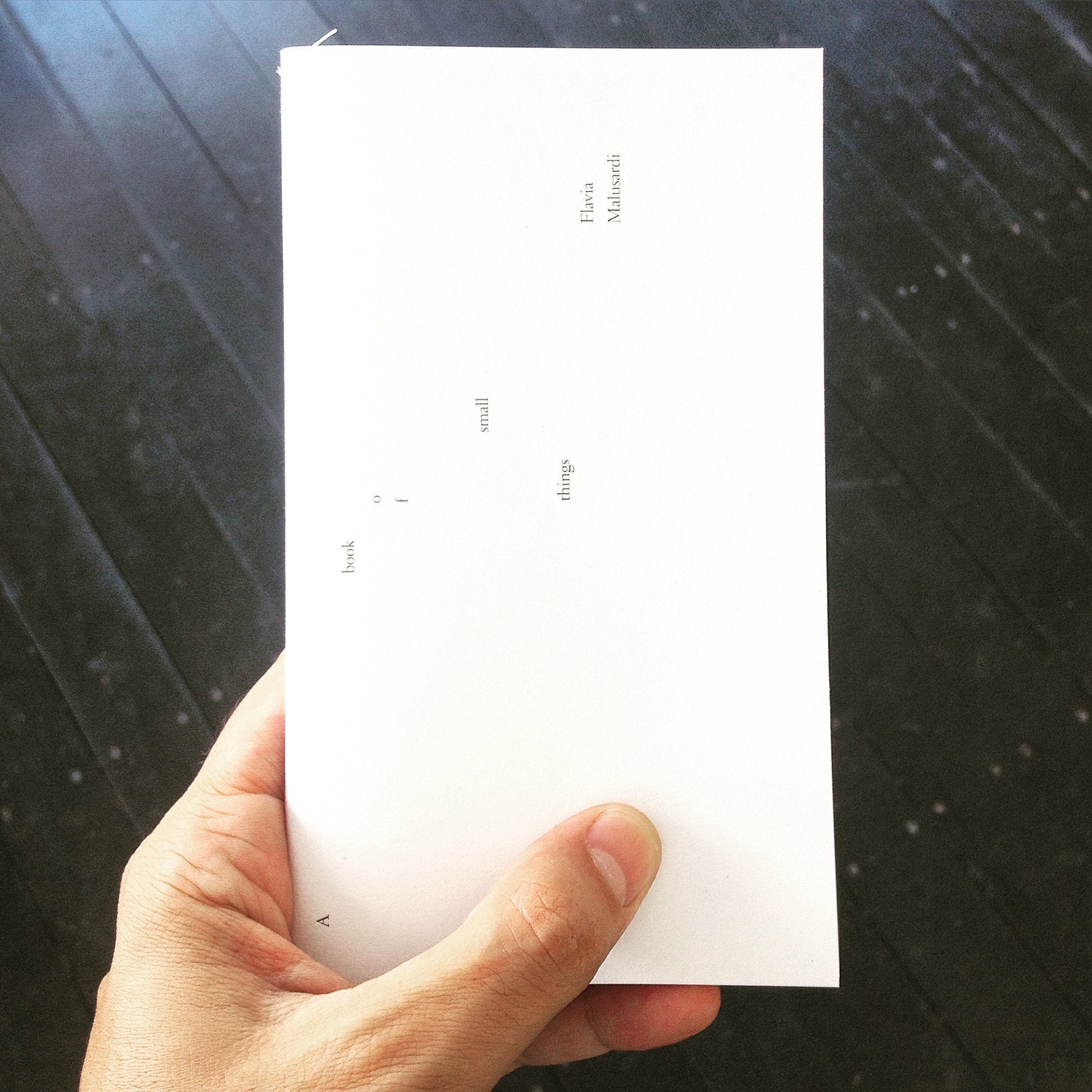 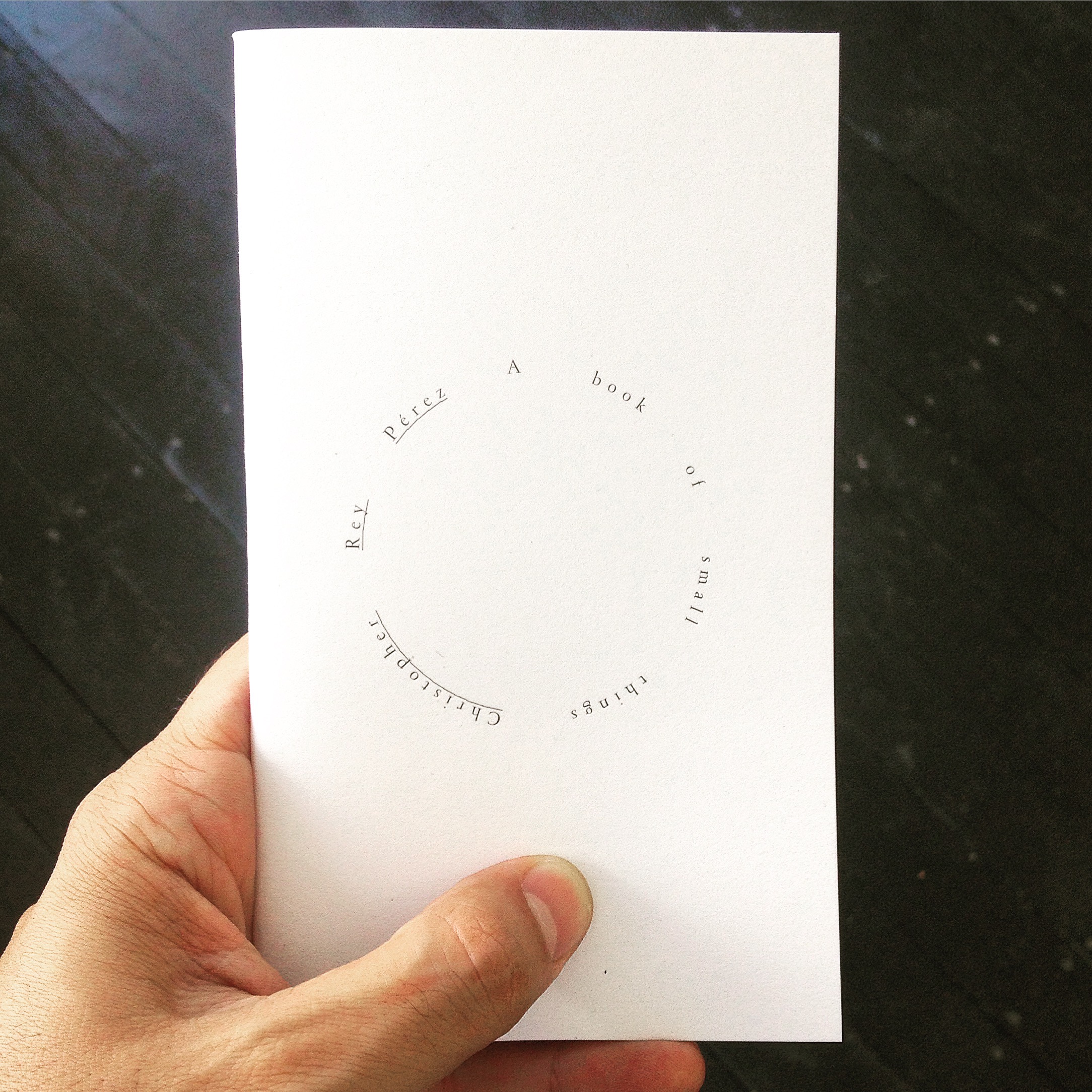 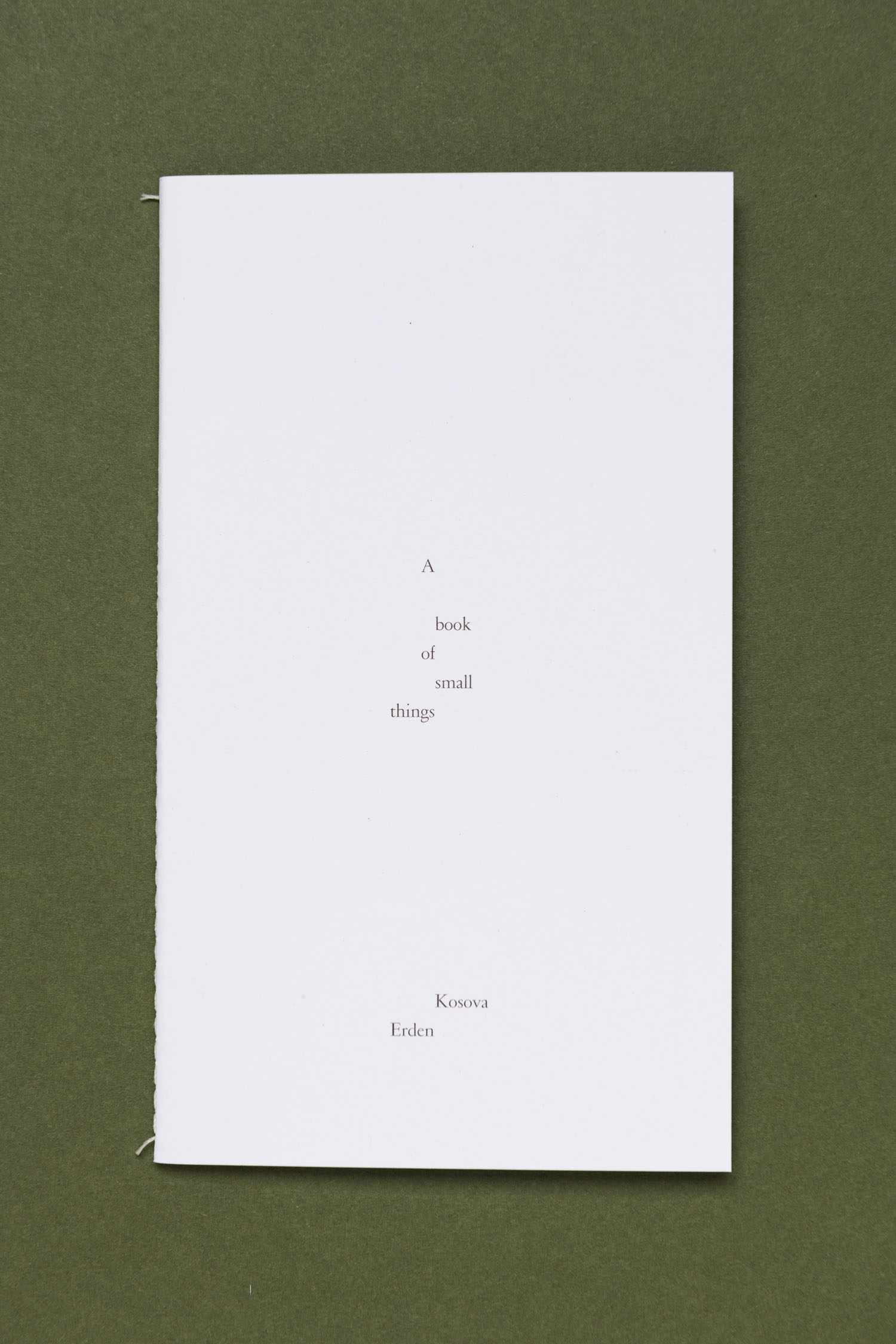 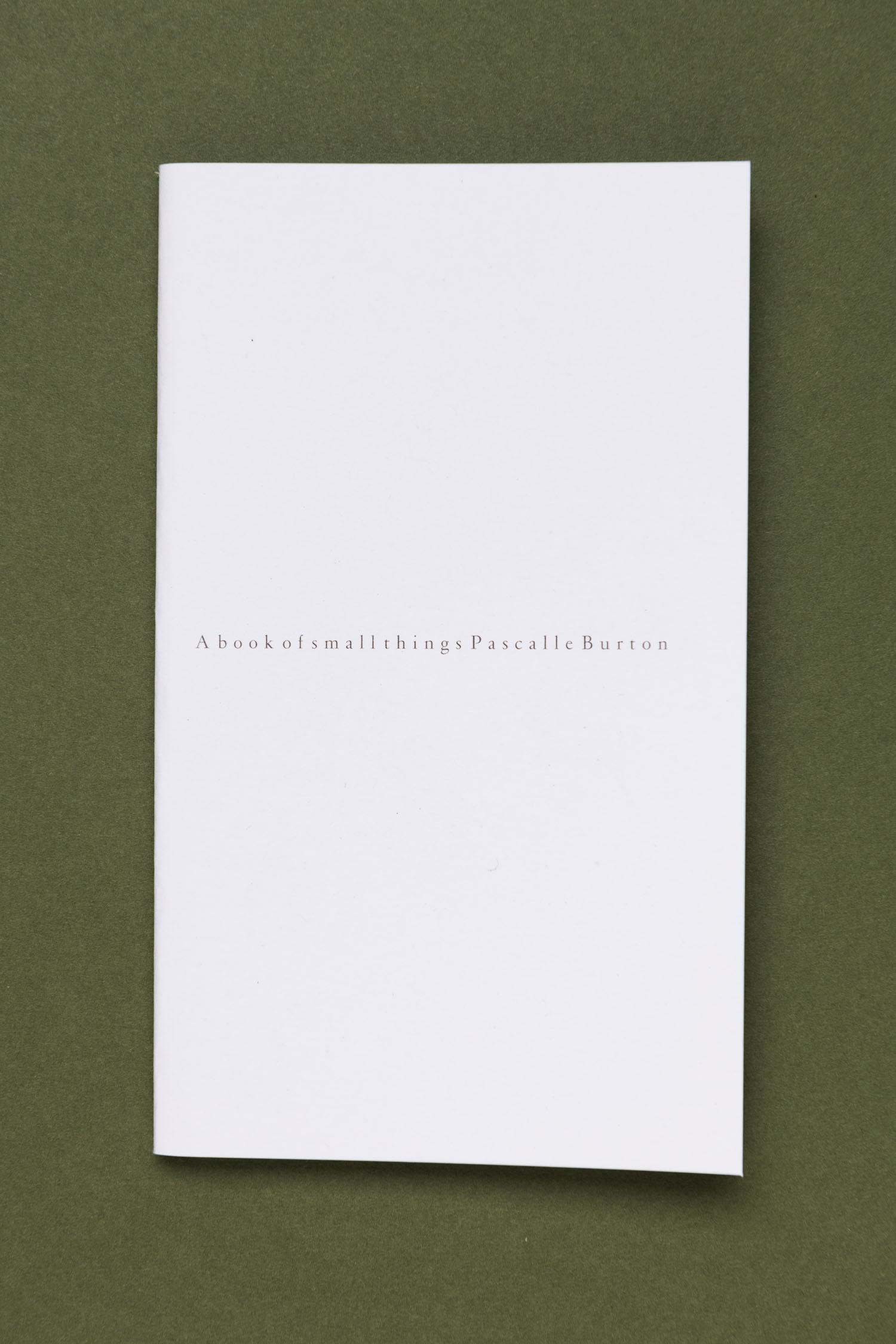